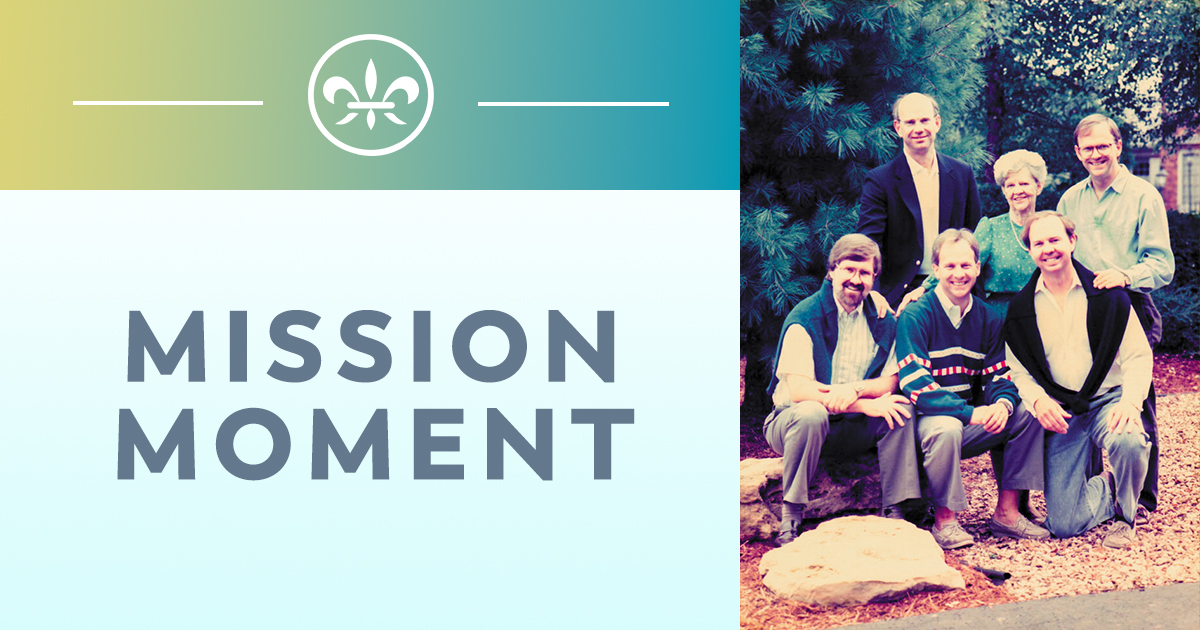 Posted at 11:58h in Mission Moments by tessie@white-car.co

Diocesan and parochial schools are so much more than places of learning — they are foundational in building disciples for our community and the world! They create a lasting effect on the students and families they serve, inspiring alumni to stay involved and live a lifetime centered around God. Today in honor of the upcoming Catholic Schools Week, our very first Mission Moment will be of the Durel Family and their endowment with our foundation!

When Mr. Durel passed away tragically at 39 years old, the school community they had supported for several years was there to return the favor for Mrs. Durel and her five sons in everything: from meals and cleaning, to tuition for their education and medical care. The Catholic education and value system imparted by the Brothers of the Sacred Heart and Sisters of Mt. Carmel was integral to the growth and development of the Durel boys — though it merely supplemented what Mr. and Mrs. Durel had already begun to instill in them.

Mrs. Durel’s faith and optimism were apparent to everyone who knew her. When asked by her sons how they could repay all those who helped, she simply said “You can’t… just pass it on.”

Mrs. Durel’s faith and optimism were apparent to everyone who knew her. When asked by her sons how they could repay all those who helped, she simply said “You can’t… just pass it on.” And in the spirit of “passing it on,” The Durel Family set up a perpetual endowment with the Catholic foundation for education at E.D. White.

The Durel Family is just one of so many families who have been permanently impacted by Catholic schools in our diocese. At the Foundation, we look forward to every opportunity to help families manifest physical legacies with schools, parishes and nonprofits they love through perpetual endowments.

Want to know more about how you can support your favorite school for future generations? Simply reach out to Amy Ponson at the Catholic Foundation to learn more – aponson@htdiocese.org or 985-850-3116.